A rise in the number of attacks by jihadists in West Africa has led to growing concerns over French military involvement in the region.

French President Emmanuel Macron is visiting Niger this weekend to address these issues and to pay his respects following the recent loss of both French and local soldiers in military operations. 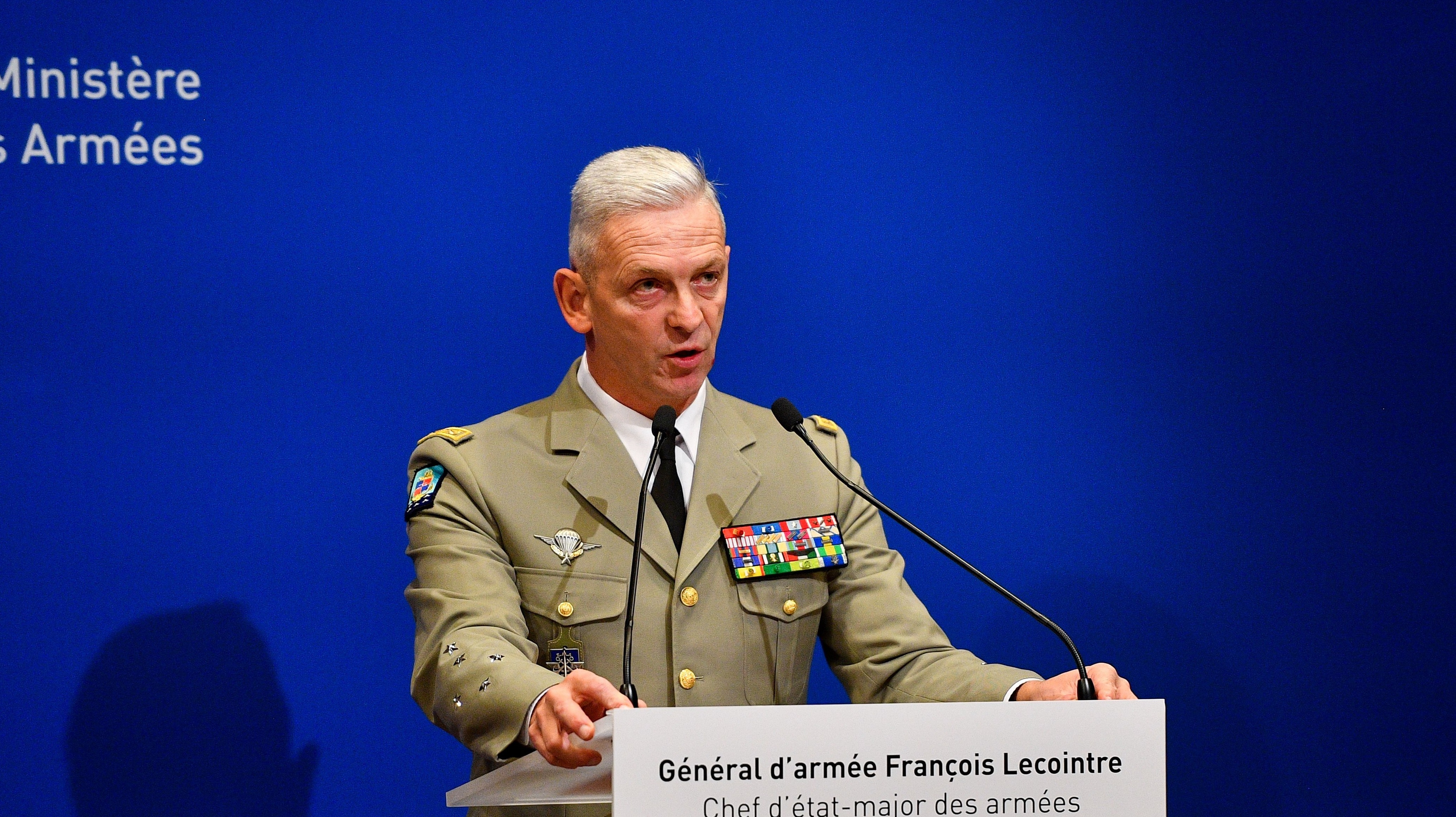 If we allow chaos to take root, the Sahel states will collapse on themselves, leaving a void for the Islamic State.”

The current French operation has been running since 2014, co-ordinating on security issues with Mali, Mauritania, Niger, Burkina Faso and Chad.

They are fighting a complex web of jihadist groups that Niger’s President Mahamadou Issoufou has described as having become “professionals in the art of war”.

An attack by jihadists on an army base earlier this month led to the deaths of more than 70 soldiers in Niger.

In November, 13 French troops died in a helicopter collision during an operation against jihadists in Mali, the biggest single loss of life for the French military since the 1980s.

Regional leaders have called for more international support to tackle the militants but there has also been rising anti-French sentiment and protests in some cities in the region.

A complex web of militant groups

The Sahel, the vast semi-desert region that stretches across West Africa, is home to numerous al-Qaeda and Islamic State-aligned groups.

There are also ethnically-based local militias operating, some fighting against and others alongside French and national forces.

Counter-terrorism efforts have had some success, removing jihadist commanders and stifling some militant operations.

But the situation does appear to be becoming increasingly unstable.

The number of fatalities relating to jihadist militant groups

In Niger, there has been a sharp rise in attacks by militants this year.

And in neighbouring Mali, a counter-insurgency operation, launched in 2014 and supported by French forces, has proved largely ineffective in its efforts to tackle widespread insecurity.

The number of fatalities involving clashes between the Malian security forces and jihadist groups has more than doubled over the past year, according to the Armed Conflict Location and Event Data Project (Acled), a group that monitors political violence.

Most countries in the region have suffered increasing numbers of deaths among civilians, military, jihadists and communal groups.

“The surge in attacks is attributable to the JNIM and ISGS’s growing capacity, especially their aptitude for sowing divisions between Sahelian communities,” says Judd Devermont, director of the Africa programme at the Center for Strategic and International Studies (CSIS).

“They are also adept at exploiting regional government mistakes, including human-rights abuses and a failure to invest in these vulnerable communities,” he says.

Conflict in the Sahel

The number of total fatalities

Burkina Faso – a country previously less prone to jihadists attacks – has experienced an upsurge in militancy.

Some of this increase can be put down to an overspill of jihadist groups from Mali into neighbouring countries, although it’s not the whole story.

“Mali remains the epicentre of violence in the Sahel, but it’s also spreading to Burkina Faso and Niger,” says Flore Berger, from the International Institute for Strategic Studies.

The growing insecurity also relates to violence by ethnically based communal groups, some of which have formed self-defence militias against the jihadist militants, creating a dangerous cycle of violence emboldened by long-standing local grievances.

Who’s operating in the Sahel region?

There are currently more than 4,500 French troops based in the region, France’s largest overseas operation.

The UN has more than 15,000 personnel in Mali, in an operation known as Minusma.

The United States has also been providing military support in the region, a deployment which came to light in 2017 when Nigerian and US soldiers were killed by Islamic State militants.

Security analysts and the French military say that the counter-insurgency efforts need to be accompanied by a stronger political process.

“The French forces always hoped Mali would take more responsibility and that the UN would be better on the implementation of the peace process,” says Ms Berger.

The number of internally displaced persons continues to increase across the region, with many now moving into major cities to avoid conflict.

Send us your questions